Words can not describe the loss we feel without our sweet boy. He was such a funny, stubborn, kind, smart, helpful, compassionate guy. He was completely genuine and honest. Zach never waivered in doing what was right and standing up for what he believed in. He loved Xbox with his brother Josh & The Squad, baseball, Star Wars, fast cars and most of all, his fiancée Elaina.
​
​Zach was premed in his junior year at Trinity University on an academic scholarship where he double majored in Neuroscience and Psychology. He was a researcher under Dr. Leong studying the effects of oxytocin to cure addiction, had one paper published in the International Journal of Molecular Science and was working on a second one.

We Were All Better for Knowing You Zach

​Zach was born in Austin, Texas, a 5th generation Texan coming into this world at 10 pounds 1 ounce.  With his head full of hair and chubby cheeks, he was an easy baby.  Zach loved cars and would spend hours lining them up and driving them around the different race tracks we made. His favorite number was 8 after his favorite driver Dale Earnhardt Jr.  He had a great memory so learning was easy for him and he loved school.

​​With his proud Dad helping coach the team he started in T-ball at 4 1/2 on the Yankees and was forever a Yankees fan. Zach played baseball year round, including a few years with his brother on the same team in kid pitch.  In high school he make the Clutch select baseball team in Dripping Springs and has some of his best outings and memories with his buddies on that team. Zach was a great left handed hitter and right handed pitcher, helping the team win tournaments across the country.  He had a nasty sinker that came naturally to him and helped him make the Trinity University baseball team.
As a family we has so many good, great, happy times full of laughter together, usually at the expense of Zach's Dad.  As we struggle with his loss we try to remind ourselves to be thankful for all those moments. When your grief is so deep it's hard to remember the times you laughed so hard you couldn't speak... but we did laugh and laughed often.

​"DON'T SUCK" somehow became our family motto and Zach lived by that and encouraged others to do the same.  He did not drink alcohol, even for communion.  He never smoked or did drugs, he wouldn't even take pain meds after his tonsils were removed.  His only 'vice' was driving his truck fast. If you were passed on Fitzhugh Road by white dodge, license plate, IMR1GHT, it was Zach.

​Words just aren't enough to encompass what a great guy Zach was.  He was so focused and determined, STUBBORN, once he decided to do something he committed and made it happen.  He was not naturally athletic, so he worked hard to make the baseball team.  He wanted to go to the best premed school in Texas so he only applied to Trinity and got in.  ​He love Elaina, started dating her their freshman year of high school​ and planned to marry her.  He thought starting a business would look good on his medical school applications so he started Young Brothers Got Wood TX before he turned 21.  He and "The Squad" had a great time putting their bios together for this website and making those trips to pick up wood.

In January 2021 with no history of depression or mental illness Zach had an emotional breakdown that quickly escalated into severe psychoses with mania.  The change was so sudden we thought he had a head injury and tried to get him  help through the emergency room.  With no visible signs of head trauma or psych on staff we were told to find a psychiatrist one on our own.  Every psych we called was either not taking new patients or booked out for months.  Within days the change was so severe that we tried to get him committed to an inpatient mental health hospital but no one would take him because he was not suicidal.

​He was slipping through our fingers, we didn't understand what was happening or why and he was getting worse.  Against every parental instinct we called the local sheriff to see if they could get him help. They transported him to the ER and he was put on a 48 hour involuntary hold at an inpatient mental hospital.  An inpatient hospital in Houston was recommended as one of the best in the country so we transferred him there.

He has just completed a neuropharmacology course so he knew all about the meds they were giving him and the side effects. He was furious that he was being given so many meds and because of covid was not able to see his brother or Elaina.  Without definitive diagnostic tests or controlled stability on the meds they recommended he go to California for a long term living program. 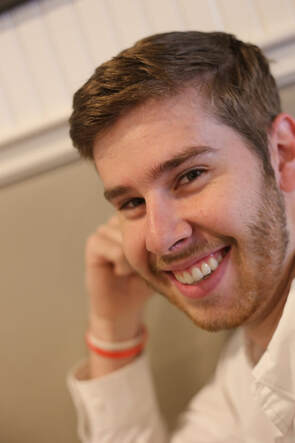 We disagreed with their recommendation and decided to bring him home with wraparound care. If this was going to be his life we'd make the best of it with him at home with his family.  He came home on 4 different, hardcore antipsychotics so with the help of a local psychiatrist we started weaning him off to try and get a baseline. He did therapy several times a week and started Cognitive Behavioral Training, he really tried everything he could to get better.  It took 4 months to wean him off those meds. He had a rebound depression and anxiety so we tried to just address those issues with the least amount of medication possible.

Because he was depressed he didn't see or believe that he was improving. His confidence and self-esteem was destroyed by the whole process. But day by day, slowly we were starting to see some of our Zach come back... he was spontaneous, engaged and being a smart ass again. He bought a ring for Elaina, planned the engagement and pulled it off perfectly. He was planning to start back to school and we though he was really almost back, we thought the worst was behind us.

Our Zach would never have done anything to hurt his brother Josh or fiancée Elaina or any of us, it just wasn't his nature. The day he took his life was a normal day. There were no signs. He was just gone.

We failed, the system failed Zach in so many ways. The lack of access to care, no true diagnostic testing and no community support. Because of the stigma of mental health we did not tell anyone that he was suffering - there was no support for him or his family for the last 8 months of his life.

How do we fix this? We don't know how or where to even start.  So for now, we'll try to honor his memory in support of the things he cared about. Zach was so inspired by the kids at RED Arena he wanted to made a difference by going into the medial field and becoming a neurosurgeon.

To honor his memory the Zach Young Memorial Scholarship has been set up to support participants at RED Arena.

Today maybe your darkest day but please know the sun is on the horizon.
You will NOT always feel like this, we just need a little more time to figure it out.
I know you wouldn't wish the pain you are feeling on the people who love you, please, please keep trying!
Call or ​Text 988